Discussing Life as a Woman in a Male Industry 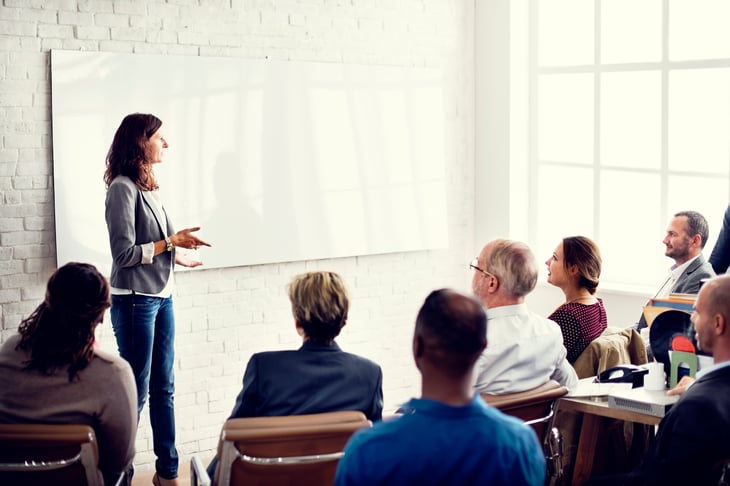 "Don’t be afraid of going into a male dominated environment, don’t let that put you off doing a job you enjoy."

In 2017 women are still met with prejudice and judgement within the work place and it can be hard to get ahead and progress in their careers. Technology, manufacturing, warehouses and transport are typically male dominated workplaces but this is something that is increasingly changing. Women now make up roughly a third of all tech and manufacturing companies and are widely more accepted in previously very masculine roles within warehouses and transport.

The Anisa Group pride themselves on being a positive place for women to work and ensuring their gender has no impact on how they are viewed within the work place and their professional progression . We spoke with some of the women in the company to get their thoughts on this and advice for other women trying to progress in their careers.

What is the biggest challenge you face as a woman in this industry?

EM: The biggest challenge has often been to be considered on an equal footing to men in terms of knowledge. The assumption is that if there are two of us doing the same job, the man will have more technical detail to add to a situation.

AR: That has been particularly true with some companies that I have dealt with much earlier on in my career. The one thing really is as a woman you do need to make less mistakes / be very confident in what you’re doing to avoid being looked on as someone trying to get on in the company. That’s true more when you are new in a situation.

BC: I agree and I’d say that attitude was very prevalent when I first started (say 98-02) but has lessened over the years. I have to say some of the best programmers I’ve worked with have been women.

Can you see it changing any time soon?

BC: I’d say things have changed in the time I’ve been working. I joined what was then Fraser Williams in 1998 (we became FWL who were bought by OBS in 2006) and there was definitely more of a male culture then. There still is to a certain extent but not really in OBS. In a company like OBS you only have to look at the balance of staff and certainly in Liverpool there are more women that you’d probably expect in an IT office.

AR: Earlier in my career, I worked for a woman and I have to say she was the biggest problem in me progressing at the time. I don’t know exactly why, but she was harder on me than the guys, expected more of me and I always overlooked for decent bits of work, left doing the stuff no-one else really wanted. I’ve never worked out if it was an attempt to ‘toughen’ me up and get used to the fact it might be harder for a woman.

How do you think the Anisa Group challenges this?

EM: I think we can all agree that we have never had any problems whilst working at Anisa Group. Being female hasn’t stopped our career progression here at all.

BC: I’ve been promoted to a fairly senior role in the last 3 years. There are a lot of women in senior positions to me so it’s not as though the board have any issue with promoting women. In the office, none of the blokes really treat you any differently – however with a lot of them I’ve worked with them on & off my whole career so I like to think of part of this is a mutual respect on both sides which has been earned over the years.

And finally, what advice do you have for a woman trying to make it in any male dominated industry?

EM: Have confidence in your abilities – you’ve gotten to where you are today from your own merit so don’t start to doubt yourself just because you’re in a different environment to one you might be used to.

BC: I was very fortunate to get involved in two schemes while still at school doing A-Levels – one was Women In Industry, another called The Year In Industry. The WII was exactly what it says on the tin – we were given support & advice from women working in various male dominated environments. The best piece of advice offered by a lady working the power industry was to just be yourself and get on with the job. Simple, but actually very effective.

AR: There’s no need to try and be a different person to get on in the workplace. I’d add to that don’t be afraid of going into a male dominated environment, don’t let that put you off doing a job you enjoy.

"The best piece of advice... was to just be yourself and get on with the job."